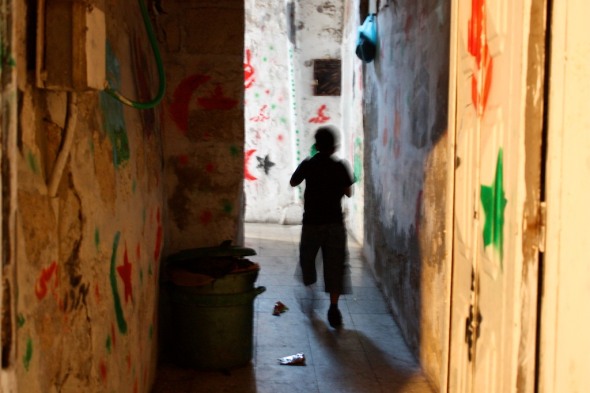 On November 30, 2012, the day the Palestinian Authority obtained non-member observer state status at the United Nations, I received an email from, Avaaz, a civic organization of which I have been a member for a number of years. (Email attached at the bottom of this article).

Below is a slight correction I suggested to Avaaz towards greater historical honesty:

END_OF_DOCUMENT_TOKEN_TO_BE_REPLACED

All deaths are not equal.  There is tragedy, there is sadness… and there is nausea.

END_OF_DOCUMENT_TOKEN_TO_BE_REPLACED

On time, beauty and the permanence of photographic images

For weeks, I resisted watching the unbearably sad video recorded by Amanda Todd.  I knew her dramatic entanglement in a web she could no longer control.  I dreaded the uneasy feeling of the voyeuristic driver slowing down on the highway to get a better look at accident victims lined-up on the side of the road.  I was trying to look the other way, not indifferent, but out of respect.

END_OF_DOCUMENT_TOKEN_TO_BE_REPLACED 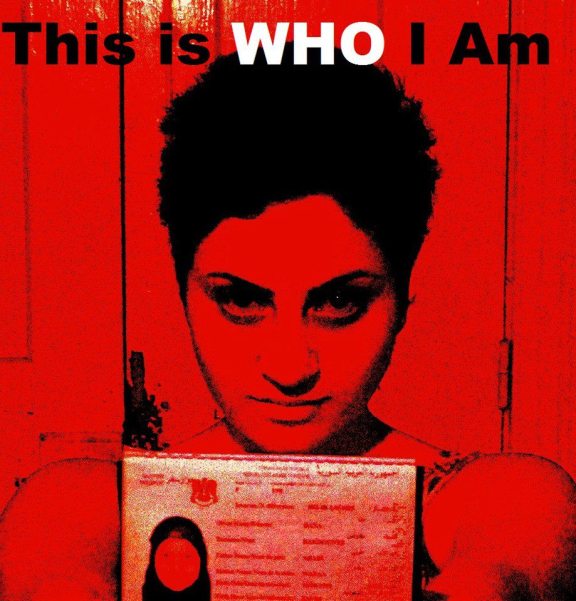 “This is who I am”, Dana Bakdounis (Thx to our friends at Google Images)

Dana Bakdounis; breaking free from the confines of the chrysalis.  Giving a voice and a face to the uprising of women in the Arab world:

END_OF_DOCUMENT_TOKEN_TO_BE_REPLACED

Hair that should not be brushed away 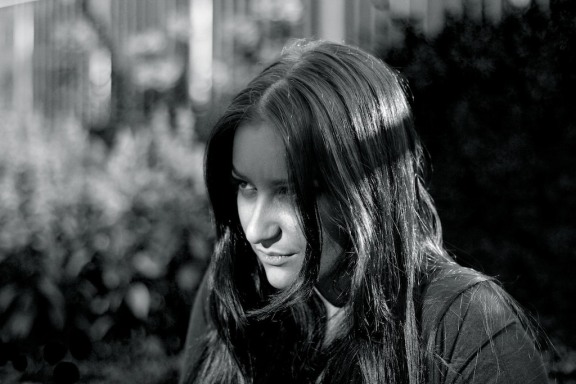 Last Friday, I sent a letter to the Toronto Start in response to the following article on a recent Ontario Human Rights lawsuit:

END_OF_DOCUMENT_TOKEN_TO_BE_REPLACED

Not just a number

A-7630, Holocaust Survivor (Thx to our friends at Google Images)

Every afternoon, I drive to CHAT, the Hebrew Academy where my son Noah goes to school.  It has been part of my hectic schedule for the last few years, and, despite the laborious routine, something I always look forward to with particular anticipation.

END_OF_DOCUMENT_TOKEN_TO_BE_REPLACED

Where’s Walda? Graduation ceremony under the veil of anonymity (Thx to our friends at Google Images!)

I recently had an interesting conversation with a Muslim woman who vehemently defended the right of women to wear the burqa or niqab freely and without any restriction.

This is a highly debated topic in many modern societies, particularly in Europe, where several members of the EU have recently imposed restrictions on face and full-body coverings for reasons ranging from security, personal identification, border or police control, civil equality, respect of national institutions, to human rights, interpersonal relationships, protection of women, etc. (see: France, the Vatican, Italy and Canada: Pros and Cons of a Law Forbidding the Burka).

On one hand, some advocate the respect of religious traditions as well as the free and unbound choice of women to wear what they wish to wear; while on the other hand, some denounce the coercion imposed on women by religious traditions and patriarchal societies, resulting in the obligation of women to comply to strict sets of extremely restrictive rules and wear all kinds of coverings that essentially deprive them of freedom and identity.

END_OF_DOCUMENT_TOKEN_TO_BE_REPLACED

Yesterday, I wrote a satirical, letter to Laura Di Battista of CBC radio regarding a piece of RAP Poetry aired on CBC radio on October 18, 2012.  My observations are of course “tongue in cheek” commentaries and should be taken as such.  I however believe that public radio – unlike blogs – has a duty to provide balanced reports on issues at stake, including allowing detractors to voice their concerns, albeit in an ironical manner this time.

END_OF_DOCUMENT_TOKEN_TO_BE_REPLACED

The lives of Brian 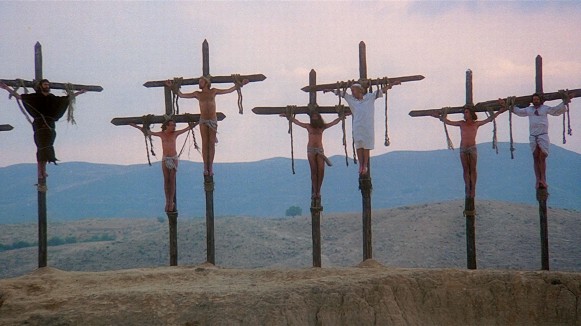 Three weeks ago, I wrote a reflection on Rimsha, the unfortunate young girl arrested recently in Pakistan under the infamous blasphemy law.  In that last entry, I tried to articulate the reasons behind the absolute necessity of unrestricted freedom of expression, including open and free criticism of any form of political or religious authority, and even the right to distasteful or offensive speech, in order to promote true democratic societies.

In my short piece, I made reference to the glorious and iconic Monty Python movie, “The life of Brian”, an acerb and witty criticism of (dis-) organized religion and brilliant parody on the life of a messianic Judean prophet born in Nazareth a little over 2,000 years ago.

A few days later, I got this sickening feeling that my latest blog entry had unfortunately been quite prophetic – as indeed it became all about the prophet once again all over the world.  The “Innocence of Muslims” produced by Nakoula Basseley Nakoula enflamed the Muslim world in a vortex of enraged intolerance and fanaticism.  In a tragic course of events, the U.S. ambassador in Libya, Christopher Stevens, was murdered by an angry mob.

END_OF_DOCUMENT_TOKEN_TO_BE_REPLACED

Kids on the Street

Last Sunday, like every year, Toronto celebrated the encompassing nature of literary imagination during its “ Word on the Street” event.

As every year, Lindy woke up early to join her colleagues and volunteer teachers at the OTF booth.  This year was particularly exciting.  Lindy worked on an extraordinary project, called “Books of Life”, encouraging students from all over Ontario to create graphic books filled with drawings and photographs about their lives, their celebrations, as well as native themes and all magical elements of the Great White North.

It was truly fantastic to see many of these kids bringing their proud parents to the OTF tent to show their works of art.

Rimsha, the call for freedom 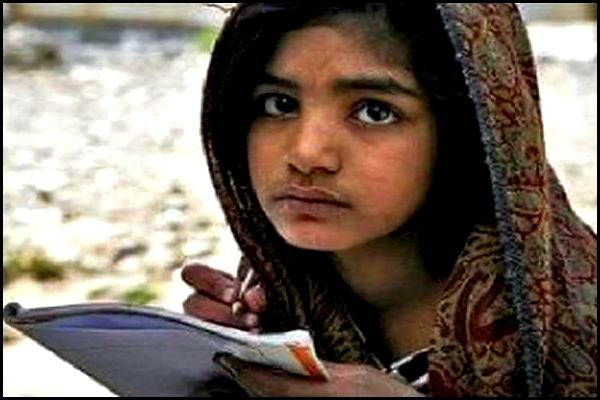 Sadly, every day brings us its lot of tragic news from the Muslim world.

END_OF_DOCUMENT_TOKEN_TO_BE_REPLACED

After a long summer hiatus, we are back in town and walked with the Ontario teachers at Queen’s Park earlier this week.

END_OF_DOCUMENT_TOKEN_TO_BE_REPLACED 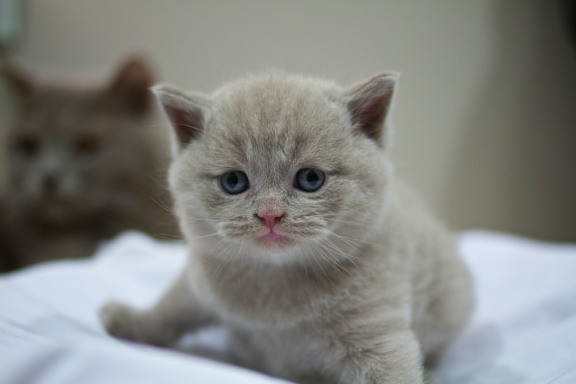 A few words on our gentle cat, Misty, her partner Johnny, and their lovely five new kittens. (See photo gallery following article by clicking on link below.)

END_OF_DOCUMENT_TOKEN_TO_BE_REPLACED 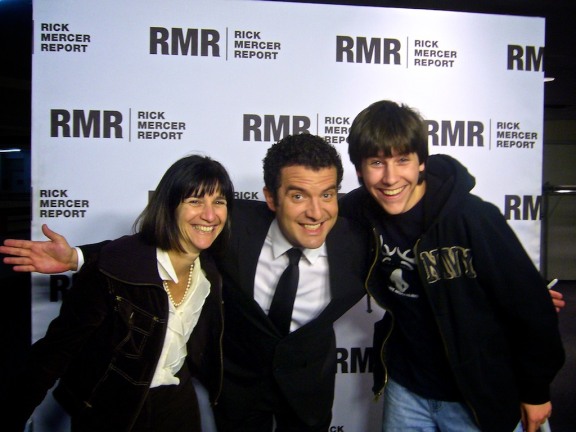 It has become a bit of a tradition of the Botman-Amato clan: around Noah’s birthday we try to make it to an RMR taping and shake hands with Rick Mercer.

END_OF_DOCUMENT_TOKEN_TO_BE_REPLACED

The dog ate my homework!