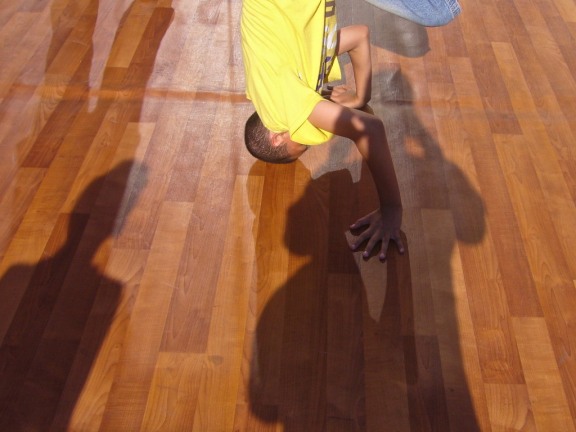 Yesterday, I wrote a satirical, letter to Laura Di Battista of CBC radio regarding a piece of RAP Poetry aired on CBC radio on October 18, 2012.  My observations are of course “tongue in cheek” commentaries and should be taken as such.  I however believe that public radio – unlike blogs – has a duty to provide balanced reports on issues at stake, including allowing detractors to voice their concerns, albeit in an ironical manner this time.

What do RAP poetry and Military Intelligence have in common?

On Thursday October 18, 2012, CBC Radio aired, during the show Here and Now, a graceless piece of “RAP poetry” written by an artist calling himself “Ritalin”.

Of course we ought to respect freedom of speech, even when dreary and distasteful, but we also ought to voice concern when hostile discourse is broadcast on public channels, fueling antagonism and, in this case, promoting mediocre literature.

In his piece of work (some may have used a more scatological substantive), Mr. Ritalin, equates the Berlin wall with the Israeli security barrier.  To the less than astute observer, the comparison may seem indeed appropriate; after all, one severed a country for half a century, imposing a brutal and totalitarian regime to occupied Germany, while the other protects civilians from snipers, terrorists and suicide bombers.

Imposed conciliatory political solutions are rarely perfect and neither is the Israeli security barrier, but detractors too often forget that there was a time in the eighties and nineties when every week seemed to be punctuated with explosions in the streets and busses of Jerusalem or cafes, cinemas and restaurants of Tel Aviv.  Since the construction of the security barrier, the numbers of innocent civilian victims in Israel and Palestinian territories have been drastically reduced.

May I suggest to your guest, a gentleman named Greg, I believe, that he adopt a more appropriate medicinal name?

“Ritalin” does not reflect adequately the agonizing experience inflicted upon your unfortunate audience.

In my humble opinion, a more appropriate name would be:

Michel Botman was born in Belgium, where visual arts have always flirted with the limits of reality. In the eighties, Michel Botman started exploring the first tools to manipulate images though computers. For about 15 years, Michel Botman worked throughout Europe in the emerging field of Computer Applications for the Graphic Arts. Extensive experience in Digital Imaging allowed Michel to move into the field of computerized systems for Diagnostic Imaging. As VP Sales & Marketing for eSys Medical and later with Eclipsys, Michel Botman always remained dedicated to the creativity and innovation that are at the heart of his career. At the present time, Michel Botman is refocusing his life towards graphic arts. “I studied photography in Europe, but never had time to practice it enough. Life took me on other paths towards computer technologies and running a business. I enjoyed it very much, but I also love art. I always keep my eyes open for exciting opportunities and people that touch my heart.” Michel Botman currently lives in Toronto, Canada. Above Gravatar pictures are of Michel Botman and his son Noah Botman.
View all posts by Michel Botman →
This entry was posted in Current Events, Society and tagged CBC radio, Here and Now, Laura Di Batista, RAP, Ritalin. Bookmark the permalink.