It’s life and life only 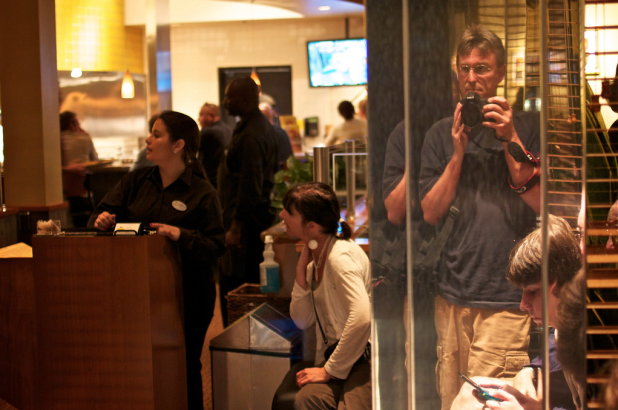 Earlier this year, I was diagnosed with a small cancer. Nothing major at all. Nothing grand. A pesky malignant nodule, the size of a shriveled plum, sitting insidiously over my Thyroid was surgically removed. It took a bit of a toll on me, but I am much better now, thank you. I am, as medical professionals peremptorily declared; “in remission” – suspended temporarily between life and death, as we all are, most often in blissful denial.

Nothing has changed. It’s not like I didn’t know. “Life is a sexually transmitted fatal disease,” once answered Woody Allen when asked about the meaning of life. As incurable and fatal as can be. Or as is said in the famous Dylan song; “He not busy being born is busy dying” … “But it’s alright, Ma, it’s life, and life only.” Our very own alpha and omega – nothing more and nothing less.

Despite hearing the tic-tock of the clock with deeper acuity, with greater urgency, I still struggle to let myself indulge on life, its joys and pleasures. I still plan for tomorrow, for greater love and happiness once over the hill. I still have much hope for the future. I fully grasp the nature of our Sisyphean destinies; yet somehow still resist living fully in the moment, for the moment. I often wish I were more selfish and ignorant. I try but always fail.

A few weeks ago, I heard Jonathan, Guy and Sarah Bennett talk affectionately, brilliantly and radiantly of their deeply loved Gillian – kindhearted wife and mother, generous amongst the righteous. It hurt at lot, but it also gave me renewed faith and courage. Her words of bravery and generosity are here for all to see and to hear forever.

Michel Botman was born in Belgium, where visual arts have always flirted with the limits of reality. In the eighties, Michel Botman started exploring the first tools to manipulate images though computers. For about 15 years, Michel Botman worked throughout Europe in the emerging field of Computer Applications for the Graphic Arts. Extensive experience in Digital Imaging allowed Michel to move into the field of computerized systems for Diagnostic Imaging. As VP Sales & Marketing for eSys Medical and later with Eclipsys, Michel Botman always remained dedicated to the creativity and innovation that are at the heart of his career. At the present time, Michel Botman is refocusing his life towards graphic arts. “I studied photography in Europe, but never had time to practice it enough. Life took me on other paths towards computer technologies and running a business. I enjoyed it very much, but I also love art. I always keep my eyes open for exciting opportunities and people that touch my heart.” Michel Botman currently lives in Toronto, Canada. Above Gravatar pictures are of Michel Botman and his son Noah Botman.
View all posts by Michel Botman →
This entry was posted in Current Events, Family, Society and tagged Michel Botman. Bookmark the permalink.

1 Response to It’s life and life only