What is the punishment for drawing pipes?

In a recent article published by “Le Monde,” regarding the horrific murders perpetrated by Islamist assassins in the streets of Paris, at “Charlie Hebdo” and in a Jewish Kosher supermarket, Soren Seelow wrote the following:

Confusion? … Really? … If I may, I would perhaps suggest the following correction:

I would like to address the feedback I received regarding my post of yesterday. Beyond the humorous introduction on the sacred nature of pipes and the appropriateness of the death penalty as a punishment for depicting them (illustrated by a Scott Adams drawing that Charlie Hebdo’s fellow cartoonists would have surely appreciated), this post was essentially a visceral reaction to the reporting of events unfolding in Paris. While the International Press was naming the Jewish victims of the Charlie Hebdo and Kosher supermarket attacks, as well as the motives and anti-Semitic statements made by the terrorists, this information appeared to have been left out intentionally by French newspapers. This essentially prompted my irate and article.

Since yesterday, more information on the anti-Semitic motives of Amedi Coulibaly have emerged. No one could understand why he had shot a young policewoman (Clarissa Jean-Philippe) who was simply attending to a minor traffic accident in Montrouge. Coulibaly has since claimed having synchronized and planned his attacks with the Kouachi brothers, the two terrorists who murdered 12 people at the offices of Charlie Hebdo a day earlier.

Since then, the place has been identified. It appears that Coulibaly’s real intent was to attack the Montrouge Jewish Day School (Ecole Juive de Montrouge) located 50m from where the murder of the policewoman occurred. Coulibaly was heading towards the school to kill Jewish children as he found Clarissa Jean-Philippe obstructing his way. He killed her in cold blood and fled the scene. In a way, and although her death in itself is a terrible tragedy, Clarissa Jean-Philippe was in fact at the right place at the right time. If it were not for her heroic intervention, Coulibaly’s actions would have ended in a bloodbath.

Unable to perpetrate the attack against the Jewish Day School as originally planned, Coulibaly drove a few kilometres farther along the périphérique to a secondary target, a Kosher supermarket located in Vicennes, where he killed four men and took a dozen hostages, before being neutralized by the French police.

Clarissa Jean-Philippe gave her life to protect innocent children. She, and other collateral victims of these heinous crimes, such as Ahmed Merabet and Franck Brinsolaro (both policemen), Mustapha Ourrad (editor) and Frederic Boisseau (maintenance agent), should not be forgotten.

In a world where the forces of obscurantism are waging war against freedom, tolerance and democracy, we all are collateral victims. 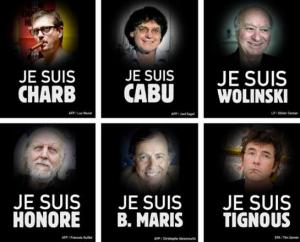 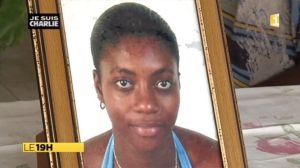