Diamonds from the sky 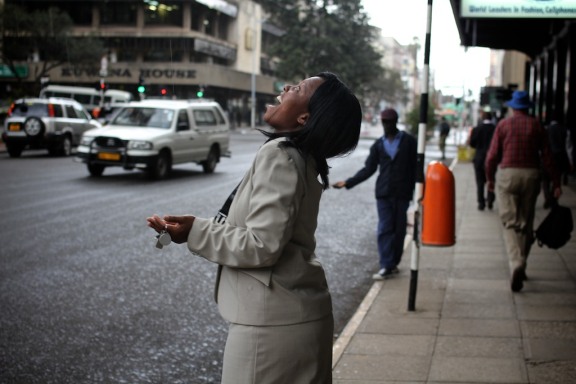 Going back to Zimbabwe, the land of so much love and so many dreams, after such a long absence, had filled us with both anticipation and enthusiasm as well as with some gut wrenching apprehension – not unlike going back to visit a long lost relative that one loved dearly but knew to be in poor health and frail condition.

We certainly did not anticipate such disintegration.

We had left a country in the early nineties, which was not only functioning quite well, but was full of hope and optimism.  After the war of independence, there was a time of great expectations.  The African world looked on as Zimbabwe, the breadbasket of Austral Africa, moved towards modernity, promised freedom, greater equality, emancipation, and, one hoped, a new model of fraternity.

Alas, few of the above dreams turned into reality.  The country disintegrated gradually until late 2008 – at which point inflation was so out of control that the national bank had to issue a banknote with a face value of 100 trillions.  Unfortunately this banknote, the highest ever issued anywhere in the world, rapidly lost its value and soon was no longer sufficient to buy a loaf of bread.  Running the printing presses in the huge National Reserve Bank building did little to help the suffering people in the streets of Harare and Bulawayo.

Zimbabwe gained the unenviable position of being one of the countries in the world with the lowest life expectancy.  Thirty something … 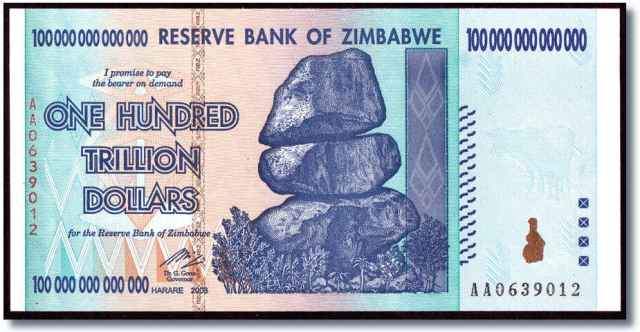 More recently, Zimbabwe has moved towards using foreign currencies – primarily the US dollar.  Things have improved and there is again a glimmer of hope, but problems are far from resolved.  The US dollar has rendered the country unaffordable.  Due to lack of change, everything is priced at US$1 or higher.  Small items that years ago used to cost a couple of ZIM dollars – or basically a fraction of a US dime – are now priced at US$1, many times the price they used to cost.  There is no longer any inflation, but everything has become quite unaffordable for people without green.

The gap between the extremely rich and the extremely poor has increased dramatically in the last 20 years.  For the people in power, there is fabulous wealth.  Precious metals and stones abounds.  The riches of Zimbabwe are being pillaged by a few, lining their pockets with gold while blood diamonds are being smuggled out in apparent legality and certainly in full impunity.

Zimbabwe has been found to have the largest reserve of high-quality diamonds in the world.  A curse for the country, since almost infinite amount of money can be made by those in power, without having to develop the nation’s economy and infrastructure.

While at Harare airport, we were surprised to see so many “businessmen” flocking to a country with such a failing economy.  Hearing some Hebrew being spoken over the phone while lining-up at passport control, we started a conversation with the man behind us.  “You are from Israel … Do you come to Zimbabwe often?  What do you do here?”  He looked at us as if we were from another planet.  “Diamonds!” he said, addressing us with a look and tone that clearly meant “Idiots! … Don’t you know anything?”  “I come every few weeks.  In and out.  Business is good”.  He did not say much more, since more did not need to be said. 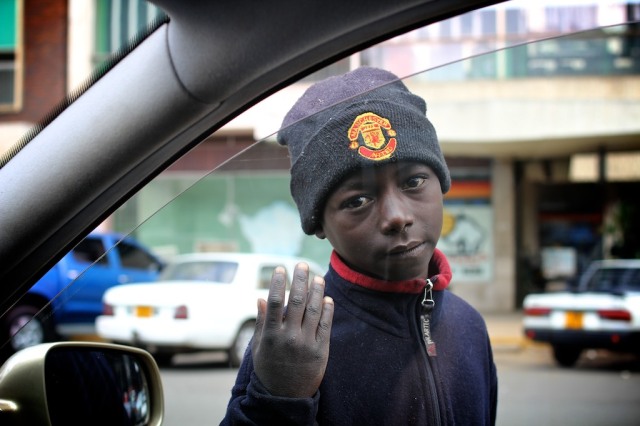 This is the country of our dreams.  The country we love so much.  The country we long for during our long winter nights.  As our friend Thomas said, “A country where children have suffered so much that they no longer remember how to smile”.  A country left to voracious greed and misery.  Still beautiful, but no longer filled with the same hopes of fraternity.

A few days later, we got caught in the streets of Harare in a totally bizarre and unexpected tropical hailstorm.  Ice started falling from the sky.  People came flocking to the streets, laughing and giggling with open hands, trying to catch a few of the precious diamonds falling from the sky.  The only diamonds they would ever hold.  There for a brief moment and gone forever.  A minute later, we all looked at each other and at our hands in disbelief.  They were still wet, but the diamonds had evaporated.  Gone forever … as if it never happened.

As we left, a week later, we wondered if we would ever come back.  Maybe in another decade things will change again.  Maybe one day … We left with wonderful memories, we left with the soft laughter of diamonds falling from the sky.  We left with the hope of being back in better days.

Click here pictures of our trip to Zimbabwe and South Africa.

Michel Botman was born in Belgium, where visual arts have always flirted with the limits of reality. In the eighties, Michel Botman started exploring the first tools to manipulate images though computers. For about 15 years, Michel Botman worked throughout Europe in the emerging field of Computer Applications for the Graphic Arts. Extensive experience in Digital Imaging allowed Michel to move into the field of computerized systems for Diagnostic Imaging. As VP Sales & Marketing for eSys Medical and later with Eclipsys, Michel Botman always remained dedicated to the creativity and innovation that are at the heart of his career. At the present time, Michel Botman is refocusing his life towards graphic arts. “I studied photography in Europe, but never had time to practice it enough. Life took me on other paths towards computer technologies and running a business. I enjoyed it very much, but I also love art. I always keep my eyes open for exciting opportunities and people that touch my heart.” Michel Botman currently lives between Toronto, Canada and Bangkok, Thailand. Above Gravatar pictures are of Michel Botman and his son Noah Botman.
View all posts by Michel Botman →
This entry was posted in Family, Photography, Travel and tagged corruption, Harare, poverty, Zimbabwe. Bookmark the permalink.