Do not ask what freedom can do for you …

“Do not ask what freedom can do for you, … but what you can do for freedom!” 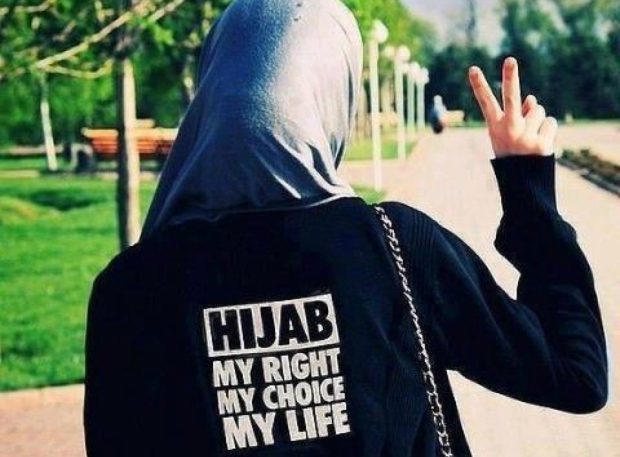 Do not ask what freedom can do for you …

To women in Paris, New York, Brussels, London – or Ottawa on “Hijab day” – who lawfully claim the freedom to wear the burqa or the niqab, I would say: Think very carefully, not only about your individual rights, in our free, liberal societies, but indeed about your collective responsibility towards fellow Muslim women around the world who don’t have such rights.

You should all examine cautiously this not-so-innocuous symbol of oppression, because if you don’t see anything wrong with the niqab today, then what will you say tomorrow, when, once again, a young Muslim girl is disfigured, stoned to death or murdered by her own father for choosing to dress in a “too westerly fashion?”

You can’t have it both ways. Freedom and responsibility are forever intertwined. You can’t advance ideals of equality, freedom, tolerance and women’s rights by embracing a symbol that unequivocally stands against them.

To paraphrase JFK, I would venture to say: “Do not ask what freedom can do for you, … but what you can do for freedom!”

Michel Botman was born in Belgium, where visual arts have always flirted with the limits of reality. In the eighties, Michel Botman started exploring the first tools to manipulate images though computers. For about 15 years, Michel Botman worked throughout Europe in the emerging field of Computer Applications for the Graphic Arts. Extensive experience in Digital Imaging allowed Michel to move into the field of computerized systems for Diagnostic Imaging. As VP Sales & Marketing for eSys Medical and later with Eclipsys, Michel Botman always remained dedicated to the creativity and innovation that are at the heart of his career. At the present time, Michel Botman is refocusing his life towards graphic arts. “I studied photography in Europe, but never had time to practice it enough. Life took me on other paths towards computer technologies and running a business. I enjoyed it very much, but I also love art. I always keep my eyes open for exciting opportunities and people that touch my heart.” Michel Botman currently lives in Toronto, Canada. Above Gravatar pictures are of Michel Botman and his son Noah Botman.
View all posts by Michel Botman →
This entry was posted in Current Events, Islam, Society and tagged Burka, burqa, Burqua, Hidjab, Hidjab day, hijab, Hijab day, human-rights, Islam, Michel Botman, Nikab, niqab, Niquab, Ottawa Hijab day, Religion, Women's Rights. Bookmark the permalink.