My take on the Canon EOS 6D

I usually don’t discuss technical photographic issues on my blog, but since I received a few inquiries about my equipment, I have decided to make a quick entry – particularly on the recent addition of a Canon EOS 6D to my photographic toolkit.

Most of my work consists of  documentary, photo-journalistic and “street” photography.  I often take pictures in the evening and at night, almost exclusively without tripod, to discreetly capture ephemeral images as they emerge from the infinite pool of reality.  See more pictures at: http://www.espacegallery.com

In the past, I have used various film cameras that worked particularly well for this type of photography: Leica M6, Leica CL, Minox, as well as Reflex cameras such as the Leica R4 and Canon AE-1 all mostly with 35mm, my lens of predilection.  In the recent years (short of the Leica M8-M9 that I consider to be unfortunately overpriced), I could not find any full frame digital cameras that would be sufficiently inconspicuous to fulfill my requirements.  In the last 2-3 years, I settled for a Canon EOS 60D with 35mm f2.0 and 50mm f1.4.  The 60D is sufficiently compact for my type of photography and can be operated with one hand, something that I find useful in various situations.  Unfortunately, as most crop-sensors, the 60D is not ideal for low-light situations and, as all crop sensors, increases the focal distance of my lenses.  With a 60D, my 35mm becomes the equivalent of a 55mm and my 50mm the equivalent of a 80mm.

I recently purchased the Canon EOS 6D along with the 24-105 f/4L zoom.  The camera is truly excellent and probably one of the very best in the $2,000 price range.

The 6D is brings to street photography a set of features that I consider particularly significant:

1) A full frame quality in a relatively compact format (essentially the same size and weight as a 60D).  The size is ideal for a DSLR.  Smaller bodies (e.g. “Rebel”) are too small and don’t fit well in my hands.  The larger professional bodies, being heavier and larger, are too “intimidating” and not well suited for inconspicuous street photography.  The 6D hits a sweet spot in terms of ergonomics and feels solid and well built.

2) An excellent high ISO sensitivity allowing a gain of probably 2-3 f-stops vs crop sensors in terms of noise degradation.

3) A fantastic silent mode!  I really love this feature.  If remaining discreet is important to you, you will likely keep your 6D on silent mode all the time.  It is not as silent as my Leica M6, but nevertheless very impressive for a reflex camera.  This mode further reduces mirror vibrations – again an important feature for low-light handheld situations.

4) Reasonable file sizes.  20 Megapixels is probably ideal for most photographers.  I often find my MacBook Pro struggling with large RAW files.  A Nikon D800 with 36Mp would be overkill and would further impede my workflow.  I find 16Mp to 24Mp to be an ideal range, with the 6D falling right in the middle.

5) A bright and clear 97% pentaprism viewfinder.  I don’t think that many will miss the fact that it does not show 100%.  I understand that it was a compromise Canon made in terms of maintaining the size of the body and fitting the built-in GPS unit.

6) I personally don’t care much about the GPS and Wifi capabilities.  The GPS will come in handy when traveling, but may reduce battery life (?).  Something I’ll have to assess in the future.  Wifi may be useful to trigger remotely the camera.  It may also be great for studio work and soft-proofing on an external monitor (if fast enough). Again something that remains to be tested.

In terms of limitations, the main one is of course the AF system.  In my line of work, I usually use the center point and recompose.  I like to select precisely where the focus should be and not leave it to the camera to decide – particularly when there are objects or people in the foreground.  I find the center-recompose approach to be most convenient and accurate in most cases, despite some minor parallax problems.  The 6D center cross point is extremely sensitive (again particularly in low-light) and works extremely well for me.  I don’t do sport photography and therefore this is not a huge issue.  However, sometimes, I find that I would love to be able to take a split-second image that do not allow for shots to be recomposed, and in that case, a sophisticated AF system such as the 7D or 5D MKIII would be welcomed. It is not a huge drawback for me and for my type of work, but it is undeniably the main shortfall of the 6D and 60D alike.

I also wish Canon had included a dual SD card reader.  SD cards and built-in camera readers are extremely reliable; however, being able to back-up images instantly on a second card is critically important to efficient and reliable digital workflow.

The absence of a built-in flash is a minor inconvenience.  I cherish natural light and tend to avoid using flashes altogether.  It is, however, sometimes useful to have a small pop-up flash, to open shadows for instances on sunny days or high-contrast situations, or as a trigger for off-camera slave units.  Again, my understanding is that Canon could not fit both the GPS unit and a build-in flash in this size format.  A fairly minor inconvenience in my mind. 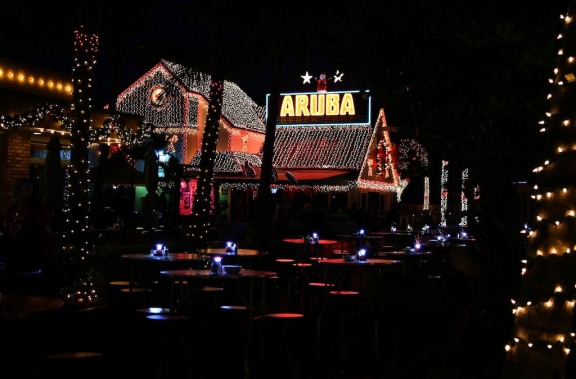 I purchased the 6D as a kit with the 24-105 f/4L zoom.  The 24-105 is a fairly large lens.  I may or may not use it, depending on the situations.  I probably will keep using my 35mm and 50mm for street photograph, when discretion is vital.  I, however, found the 24-105 to be surprisingly pleasant to use, sharp and fast.  Focusing is instantaneous and virtually silent.  The built-in stabilization (IS) works extremely well.  At f/4 with stabilization I tend to get images that are slightly sharper than with the 35mm and 50mm primes.  Vignetting is also substantially better than with the 35mm prime.  At f/5.6 and f.8.0 sharpness is roughly equivalent (and vignetting gets much improved with my 35mm prime).

The 24-105 with IS, allows to take pictures at +/- ¼ shutter speed vs non IS primes (E.g. 1/15 instead of 1/60 with similar motion blur).  Of course, electronic stabilization, (IS), does not avoid subject motion blur, but when the subject is not moving much, image blur would predominantly be caused by camera shake.  In that case, using IS improves image sharpness substantially and allows getting 4 times more light to the sensor.  Since full-frame sensor noise levels are also +/- 2 f-stop better than cropped sensors, I can safely increase my ISO from 1,600 or 3,200 to 6,400 or 12,800 and still obtain images that remain virtually noise-free.

The combination of IS on the 24-105 and high-ISO noise performance on the 6D makes this kit an ideal low-light solution.  The addition of the 7D or 5D MKIII auto-focus system and dual SD card reader would make a future 6D MKII an almost perfect camera for my type of work.

I have posted on my website a couple of 60D and 6D night images taken recently under very low light during a Florida vacation.  All taken without tripod. 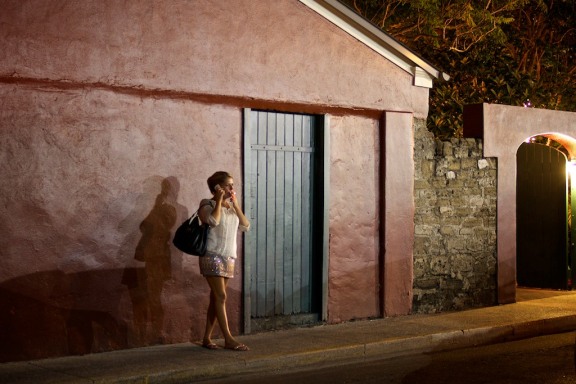 3 Responses to My take on the Canon EOS 6D